HOME ABOUT THE CHARITY HOW TO HELP
DONATE TODAY

North Wales Superkids founder Margaret Williams MBE has spent all her working life with children and vulnerable families. She has seen many situations where there are high levels of financial difficulties, domestic violence, critical and terminal illness, and mental health issues. Every time she hears a new " story "  she questions society. 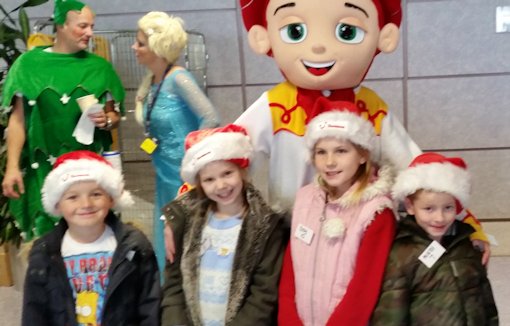 Margaret had to retire on health grounds in May 1999, but had worked in the community for the previous 13 years with very vulnerable families. She was in many ways a 'sticking plaster' for them, and she made sure the children in the families she worked with had presents for Christmas, and enjoyed a Christmas party. On retirement it was made very obvious that this level of support was not going to continue for the families and would stop upon her retirement. After much soul searching and long talks with like minded people, she decided to form North Wales Superkids, and so in late May 1999 Superkids came into being.

Denbighshire was her working area, so it was there that her help was initially sought.. However, living in Flintshire, agencies there soon found our about us, and now we reach from Wrexham to Holyhead and everywhere else in the North Wales area.

We have gone from strength to strength, now registered as a CIO with the charities commission and helping to bring SUNSHINE SURPRISES AND SMILES to hundreds of disadvantaged youngsters across the whole of North Wales.

We are extremely proud to boast not one but 2 MBE's; one for the group which was awarded in 2003 at the time of the Queen's Golden Jubilee, and the other is Margaret's for work in the community working with vulnerable children and their families under the Queen's New Years Honours List 2014.

North Wales Superkid's have a small group of dedicated trustees. We all have different backgrounds but all work really hard in a voluntary capacity and sometimes in very difficult circumstances to make sure our projects can go ahead. We also have a selection of volunteers  all with something to contribute to the charity, which is so important and so valuable to us.

Make a donation and help us bring sunshine, surprises and smiles to disadvantaged children / young people